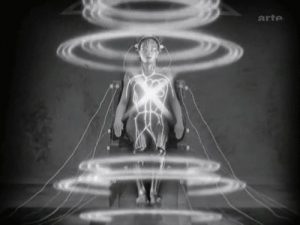 What were the innovations that emerged from the STM Innovations Day? Well, there weren’t any robots on display. This annual event is an excellent opportunity to take stock of academic publishing and its current concerns, although as we shall see below, some of the real innovations and controversies emerged in a rather roundabout way, rather than as the focus of presentations. The challenge for the organisers of an innovation event is to try to capture issues that are of importance to the whole community, while preventing the day becoming a set of product pitches that only provide very partial (or very proprietary) solutions to these concerns. Inevitably, and quite correctly, the day seeks to highlight examples of co-operation between publishers for the good of the industry as a whole (and for the good of the researcher, who is the whole point of the exercise).

Hence, it was not surprising that the day opened with a keynote about a pan-industry initiative, that of Open Science. Paul Wouters, professor of scientometrics at Leiden, chairs the EU Expert Group on Research Indicators, so you would expect his talk to look at metrics. However, far from providing us with new metrics, he stated quite openly that the goal of his group was not to replace any existing metrics. As his talk progressed, he talked more and more about long-term goals, but I was left struggling to report on any short-term practical propositions. The goal of Open Science is to make science more inclusive and more global, all well and good, but how? In practical terms, he talked about measures such as “engagement with stakeholders”, or “public communications”, or “dissemination for a specialised audience” (measured as the number of blogs on a professional society website). All very commendable, but hardly ground-shaking. (There is an interesting post on the challenge of measuring research and the needs of international development by Valeria Izzi here.)

There was one moment of engagement with the audience when he talked about academics. Academics, he stated, should be the happiest people on the planet. They can read books while being paid by their boss, they can teach beautiful young people [his words], and they can do research. Yet they are not happy people! His solution suggested the blue-sky nature of his thinking. He argued that academics are not happy because they are stressed – they have insufficient time and too much bureaucracy. The answer, then, is to take responsibilities away from them. It seemed an odd recommendation to promote something by taking away other responsibilities – I could even argue that what many academics claim as bureaucracy might well be things that ensure their teaching is inclusive and egalitarian, such as looking at student feedback to their teaching, but that’s a subject for another blog.

Eefke Smit asked a very sensible question: Open Science is a great idea, but does open science lead to better science? I think her question summed up the problem with this initiative – how is Open Science to be measured? Can we equate quality in research with open knowledge practices? Without a clear set of metrics for Open Science, I didn’t hear anything in this presentation to indicate how (or if) this quality issue would be addressed. It raised several questions – can elite science be inclusive? – but these were not addressed in this presentation.

“The future of access” was a similarly broad theme that in practice generated few fireworks. The people invited (Elsevier, Kopernio, Web of Science) were never going to be radical unless challenged, despite the fact that Roger Schonfeld was chairing (he seems to have a reputation as someone who can manage potentially warring factions). This was a session by service providers, aimed squarely at publishers (Elsevier presenting itself here via Mendeley as a service provider, not a publisher). Gaby Appleton, CEO of Mendeley, suggested “taking some simple steps together” – hardly very radical. Such a small-scale idea seemed a million miles away from the tone of presentations by Mendeley before they were bought by Elsevier; then, they were going to change academic publishing. Overall, I didn’t feel that any of the three presentations demonstrated any fundamental change in the way that researchers accessed content, apart from the increasing usage for publishers by pointing them to the version of record (VoR), which would benefit publishers, but I don’t think academics would even notice it. You couldn’t help feeling that the solutions on offer were tinkering with a system rather than a fundamental change. The biggest initiative discussed at the event, RA21, is a rare example of a cross-industry collaboration that no individual or company on the platform could take credit for – although, to Jan Reichelt’s credit, he acknowledged its importance.  “Our universe is too complicated, compared with Spotify”, stated Reichelt. But is that really the case? Music streaming has changed the way many of us access music, despite the horrendous problems of music licensing. There are no similar initiatives for a common platform for academic content delivery.

RA21 is a genuine step forward; a way of tightening up access by switching from IP address to a federated SAML log-in system. This has the potential benefit of simplifying access to content on multiple platforms and in multiple locations. When RA21 was presented, there was barely a murmur from the audience; had Anthony Watkinson not asked a question about questions about RA21 from the library community, you would never have known that RA21 had generated anything but universal approval when initially presented. It appears that the concerns of librarians, expressed at the Charleston Library Conference, were perhaps simply that the new access system is considerably more complex than simply via IP address (which of course should not disqualify it, if it provides other advantages). For me, as a publisher, I welcomed the new system’s ability to potentially prevent the misuse of institutions’ IP addresses, plus the capability of RA21 to identify users, not personally, but by role, so for the first time, publishers (and libraries) will be able to differentiate usage between undergraduates, postgrads, and faculty. This sounds like a good thing; currently, all that a publisher or library knows is that (say) 250 people at institution XYZ accessed one of their journals in the last week, which doesn’t tell you much.

For me, the most valuable new things I discovered were from the presentation of the 2018 STM Report. It didn’t surprise me from this invaluable report that the focus of academic publishing is moving eastwards, or that China is today the largest producer of scholarly papers, above the USA, but I was astonished that India is now in third place. The other disappointing surprise is the lack of precision about quite fundamental industry statistics – how there is widespread disagreement over even the total number of journals or articles. But there are clear signs of an industry in fundamental change. The presenters revealed that 20% of the preprint articles in ArXiv are never published in journals. Here is a statement more radical than any other I heard on that day: in other words, there is a lot of real science going on that simply by-passes the standard manuscript submission – publisher – commercial hosting platform workflow. Maybe next year’s Innovations Day could look at that 20% and examine what it represents. There is some real innovation going on here, if we can understand it.